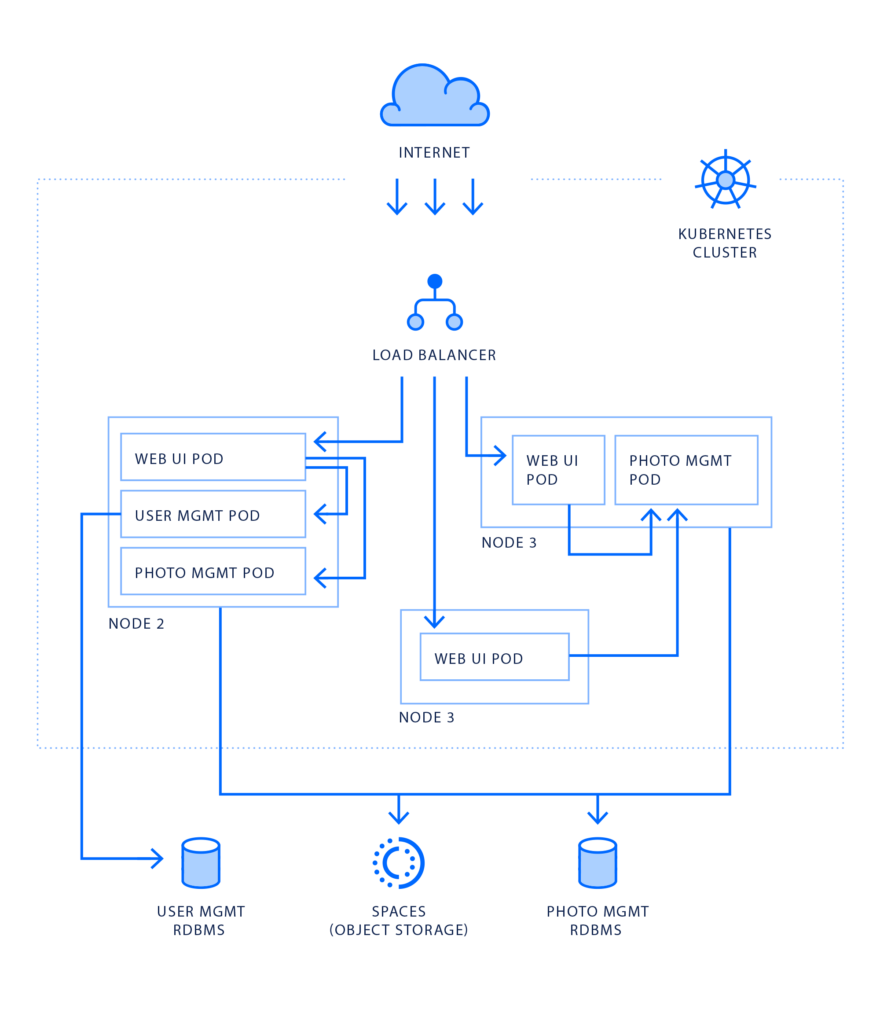 The Running Cloud Native Applications on DigitalOcean Kubernetes White Paper brings readers through a variety of cloud native topics, introducing them to how they may leverage Kubernetes in order to manage and scale their applications.

Throughout the White Paper, a photo-sharing app called “Snappy” is used as a running example to demonstrate the value of implementing Cloud Native best practices.

In today’s fast-moving software landscape, advances in operations technologies have fostered the dramatic reduction of application release cycles. Traditionally, software releases follow a time-based schedule, but it has become increasingly common to see applications and services continuously delivered and deployed to users throughout the day. This truncating of the traditional software release cycle has its roots both in technological developments — such as the explosive growth of cloud platforms, containers, and microservices-oriented architectures — as well as cultural developments — with tech-savvy and mobile-enabled users increasingly expecting new features, fast bug fixes, and a responsive and continuously developing product.

This symbiotic relationship between end users and developers has become increasingly linked. Shifting organizational structures and application architectures allow developers to quickly incorporate feedback and react to user demands. This accelerated development cadence often accompanies the packaging of applications into containers, and the use of systems that automate their deployment and orchestration, like Docker Swarm, Marathon, and Kubernetes. These open-source platforms, now stable enough for large-scale production deployments, allow service owners to launch and scale applications themselves, effortlessly managing hundreds of running containers. 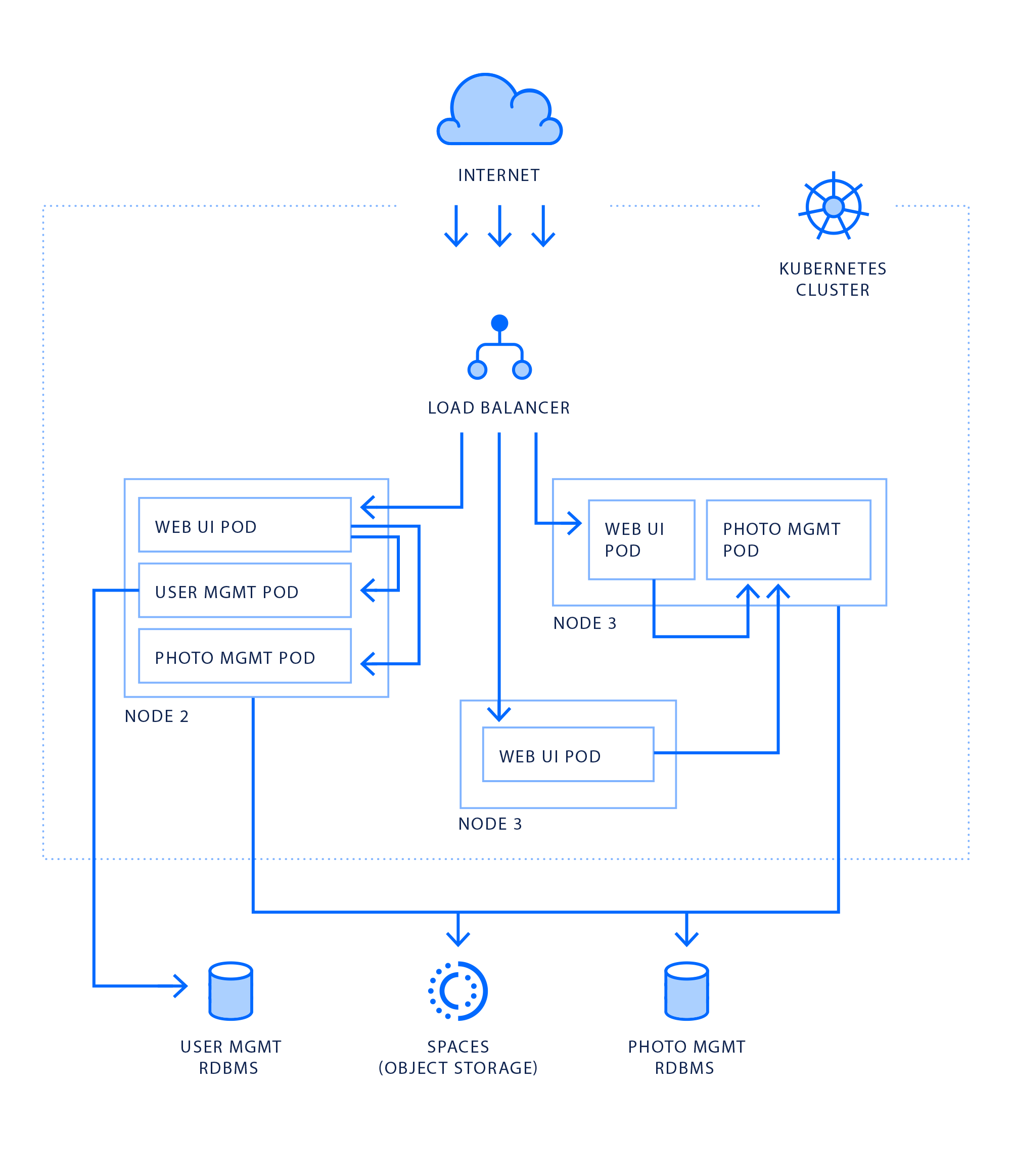 Kubernetes, initially open-sourced by Google in 2014, has today grown to become one of the highest velocity projects on GitHub, with over 11,300 contributing developers and 75,000 commits. The growth of its thriving open-source community mirrors its popularity in the private sector, with over 50% of Fortune 100 companies relying on Kubernetes every day to rapidly deploy new features and bug fixes to users.

DigitalOcean Kubernetes enables development teams both small and large to quickly take advantage of this market-leading container orchestration platform without the lead time required to provision, install, and operate a cluster. With its simplicity and developer-friendly interfaces, DigitalOcean Kubernetes empowers developers to launch their containerized applications into a managed, production-ready cluster without having to maintain and configure the underlying infrastructure. Seamlessly integrating with the rest of the DigitalOcean suite — including Load Balancers, Firewalls, Object Storage Spaces, and Block Storage Volumes — and with built-in support for public and private image registries like Docker Hub and Quay.io, developers can now run and scale container-based workloads with ease on the DigitalOcean platform.

With full programmatic control of their cluster using the exposed Kubernetes REST API, developers can benefit from the rich ecosystem of open-source tools while still reaping the convenience of managed infrastructure. Teams can flexibly deploy and scale their Cloud Native applications. A Certified Kubernetes conformant platform, DigitalOcean Kubernetes helps developers launch their application containers and bring their Kubernetes workloads into the DigitalOcean cloud with minimal configuration and operations overhead.