Cyberattacks have been plaguing the top headlines for years and security continues to be a top priority for enterprises across the globe. In fact, when IT pros were asked their top challenges for 2020, protecting their organizations from cyberattacks came in second only to migrating applications to the cloud.

Many of these pros also noted that cybersecurity would have been a good area to focus on had they known when they entered the field how important security would become. And this is not without reason. Criminals perpetrating cyberattacks keep shifting their strategies to expose new vulnerabilities, and cybersecurity experts are essential to stop these attackers in their tracks.

As the cybersecurity landscape continues to evolve, it’s crucial to maintain awareness and adjust security strategies accordingly. Let’s explore what’s changing and which attacks are on the rise.

Public reports from various vendors such as Check Point, Verisign and others all seem to agree that mass ransomware attacks peaked in 2017 and ran through 2018, with 30 percent of businesses and home users affected, according to Checkpoint’s 2020 Cyber Security Report. But a peak doesn’t mean that ransomware attacks are going away, rather, they shifted to more targeted ransomware attacks in 2019.

Alert Logic notes in their Critical Watch Report that ransomware continues to be a popular cyberattack due to its profitability, simplicity (because it can be conducted from a computer anywhere in the world) and anonymity. Malicious attackers are always adapting to new environments and IT protection strategies. The larger numbers of attacks in 2017 were reported from organizations that received phishing emails containing ransomware software. This technique has a fairly low success rate. With the end goal of a company paying an attacker for encryption keys, there is also low probability that the majority of these organizations would even have the available funds to pay in the first place. A more targeted and sophisticated effort proves to have a much higher success rate.

With ransomware attacks on the decline, cryptojacking—a type of cyberattack in which a hacker secretly uses a target’s computer to mine for cryptocurrency—is seeing a massive rise in popularity. It’s less visible and doesn’t require the same effort as ransomware. One of the many examples of this trend is a cryptojacking attack on a cloud mining service, which took the scripting service offline for weeks and resulted in 65-million-dollars in stolen cryptocurrency. While the company was able to recover most of the currency, cryptojacking attacks continue to deliver potentially business-ending consequences to vulnerable organizations.

Attackers are evolving to use many of the same exploit measures that spammers and DDoS attackers have been using for years. Gaining control of a machine through known vulnerabilities and using those compromised machines idles computing cycles to join a mining pool.

There were 52.7 million cryptojacking hits in the first half of 2019. Cryptojacking is a growing threat as we progress into 2020, and we can expect that more and more idle compute resources will be compromised.

Neustar’s Q2 and Q3 2019 reports suggest that the attack intensity, measured in Mpps (million packets per second), as well as attack size, measured in Gbps (gigabits per second), is dropping. The average intensity of attacks in 2018 measured at 4.5 Mpps, while the average was 1.3 Mpps. The largest DDoS attack, recorded in 2018, registered at 1.7 Tbps. The average attack size in 2019 was around 7.5 Gbps. This suggests that DDoS attacks are currently undergoing the same process of refinement as ransomware attacks.

Increasingly sophisticated DDoS attacks are being used not to take a whole service offline with a volumetric attack, but to strategically target specific ports, gateways, services or applications. These attacks require much less traffic to take a service offline, and many times the attack is focused on network degradation as opposed to a downed site event.

Other Types of Cyberattacks

While some of these more popular attacks types peaked from 2017 and 2018, a few new forms of attacks are on the rise. Some are using classic tactics, with malicious attackers going back to more simplistic attack styles to exploit areas that may be lightly secured by more corporations. Attacks using web-form hijacking techniques are on the rise, and while it seems as though most companies have adequate controls, JavaScript-based attacks served 16 percent of all global attacks for the first half of 2019.

JavaScript based attacks are reported only third to EXE and DOC based attacks. While many organizations have defense software or hardware to protect their services on an application level, there may still be gaps in security that allow for vulnerabilities. A failed policy to delete an administrator account after an employee departure, a patch that was never applied to an application or crucial upgrades to software that can’t be implemented due to how the application is developed all can result in an attack.

In 2020, it’s more crucial than ever to update both business and technical security policies. Finding a partner you can trust is an important first step to effectively getting ahead of these evolving attacks, and to navigating and managing the complex tools that will keep your organization safe.

At INAP, we offer managed security services for all cloud products that extend your team and safeguard critical infrastructure. Do your homework to ensure whichever partner you choose can adequately safeguard your infrastructure solutions, as well as adequately address the evolving cyberattack landscape. 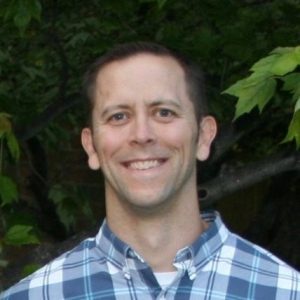