Hindsight 2020: The IT Infrastructure Advancements that Caught Pros by Surprise

From the release of the original iPad in 2010 to the profound shift in how we consume media through video streaming, with 2019 marking the release of Apple TV+ and Disney+, the last decade yielded an abundance of technological developments that directly or indirectly impacted information technology pros. Change and advancement are inevitable, but some progress only feels inevitable in hindsight.

In the world of IT infrastructure and operations, some developments we may have seen coming, such as Microsoft’s release of Azure in 2010 after Amazon’s release of AWS in 2006, and others may have taken us by surprise, like the rise of blockchain.

As we welcome in 2020 and the start of a new decade, we decided to ask senior IT professionals and infrastructure managers to take a look back:

What is one advancement or change in IT infrastructure since 2010 you did not anticipate?

The question yielded a wide-variety of answers, but cloud-related responses easily took the top spot. The graphic below shows the percentage breakdown of the 420 submitted responses by category.

Take a look at the breakdown and read on to learn more about the cloud feedback we received from participants, along with a sample of answers from the other top categories. 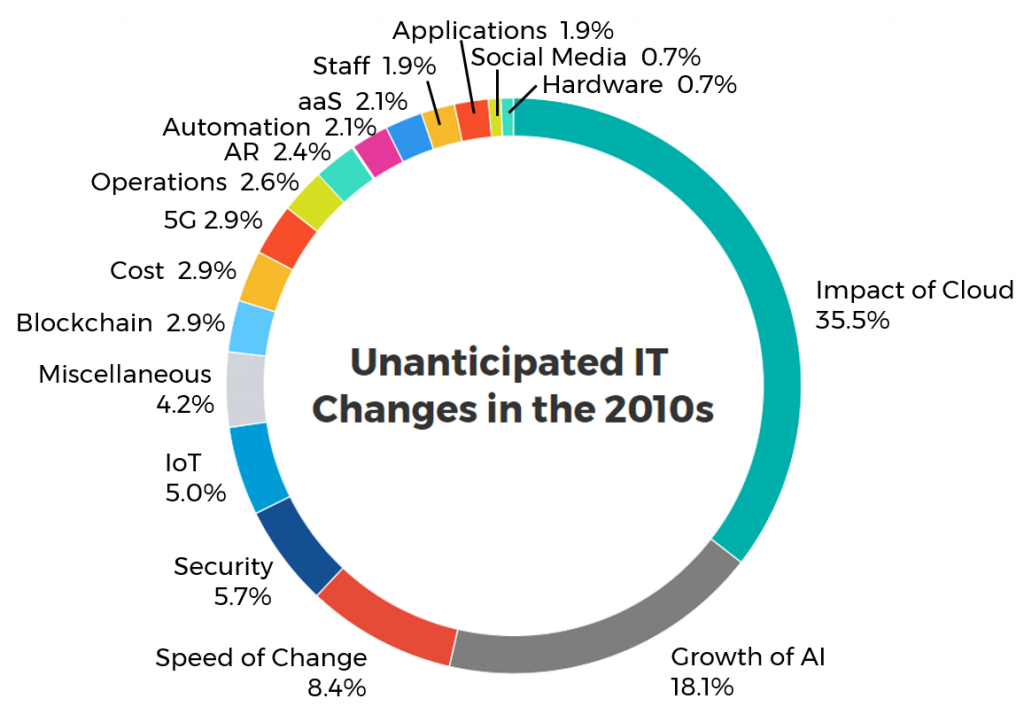 While cloud infrastructure is undoubtedly here to stay, it’s prevalence didn’t seem quite as inevitable 10 years ago, according to many IT pros. Respondents expressed surprise at the wide-spread adoption of the cloud, noting specifically that it was surprising that it caught on outside of the tech industry.

The popularity of public cloud took one participant by surprise.

While the public cloud, like AWS and Azure, witnessed exponential growth, private clouds are projected to be a big part of the future of IT infrastructure. According to our second annual State of IT Infrastructure Management report, hosted private cloud is a leading solution for workloads being migrated off-premise, with 77 percent of applications currently hosted on-prem being moved to hosted private cloud.

AI and machine learning are next on the list. The rapid adoption of AI took many by surprise, and the overall impact this will have on the industry and the world is still unknown. In some cases, the technology may make the way we work more cost effective, and in others it will affect how we do our jobs, quite possibly making some functions obsolete.

While we think the odds of AI heralding the end times is unlikely, one respondent seems to think we already have begun the struggle against AI sometime over the last decade:

We’ll just have to wait and see.

The Need for Increased Security

With the rapid adoption of the cloud and other new infrastructures and technologies, we’ve also seen the scope of vulnerabilities widen. Cybersecurity is always at the top of mind for IT pros, many of whom noted the adoption of new authentication techniques over the last decade.

Retinal and fingerprint scans might have been something you’d only see in a spy movie back in the 90s, but biometric and two factor authentication is commonly used today, from our smart phones to data center entrances and checkpoints.

Respondents also noted that, with certain functions in IT threatened by AI, machine learning and automation, cybersecurity would have been a good area to focus on had they known when they entered the field how important it would become.

Another top answer category had to do with the speed at which new technology and practices are adopted. Many pros find that keeping up is difficult, leading to shifting perspectives on the role IT pros play in their organizations. This rapid adoption of new technology can also lead to potential staffing issues as it becomes more of challenge to find qualified professionals.

For one respondent, though, some things aren’t moving fast enough.

The Internet of Things (IoT)

The rise of more reliable and faster network connectivity allowed the Internet of Things to take off in the last decade. The IT pros we interviewed never expected to see IoT adoption in general, much less in people’s everyday lives.

Miscellaneous Answers and a Fortunetelling Side Hustle

With everything that can take place in the span of 10 years, it wasn’t a surprise that a number of answers didn’t fall cleanly into a category. A number of participants generally extolled the virtues of the changes over the last decade.

One IT pro noted that there wasn’t any point in anticipating change. Sometimes it’s best to just roll with what comes to you.

And another respondent stated that nothing took him by surprise.

A word of advice: Find this prognosticator of prognosticators for your company so you’ll be ahead of the curve throughout the 20s. 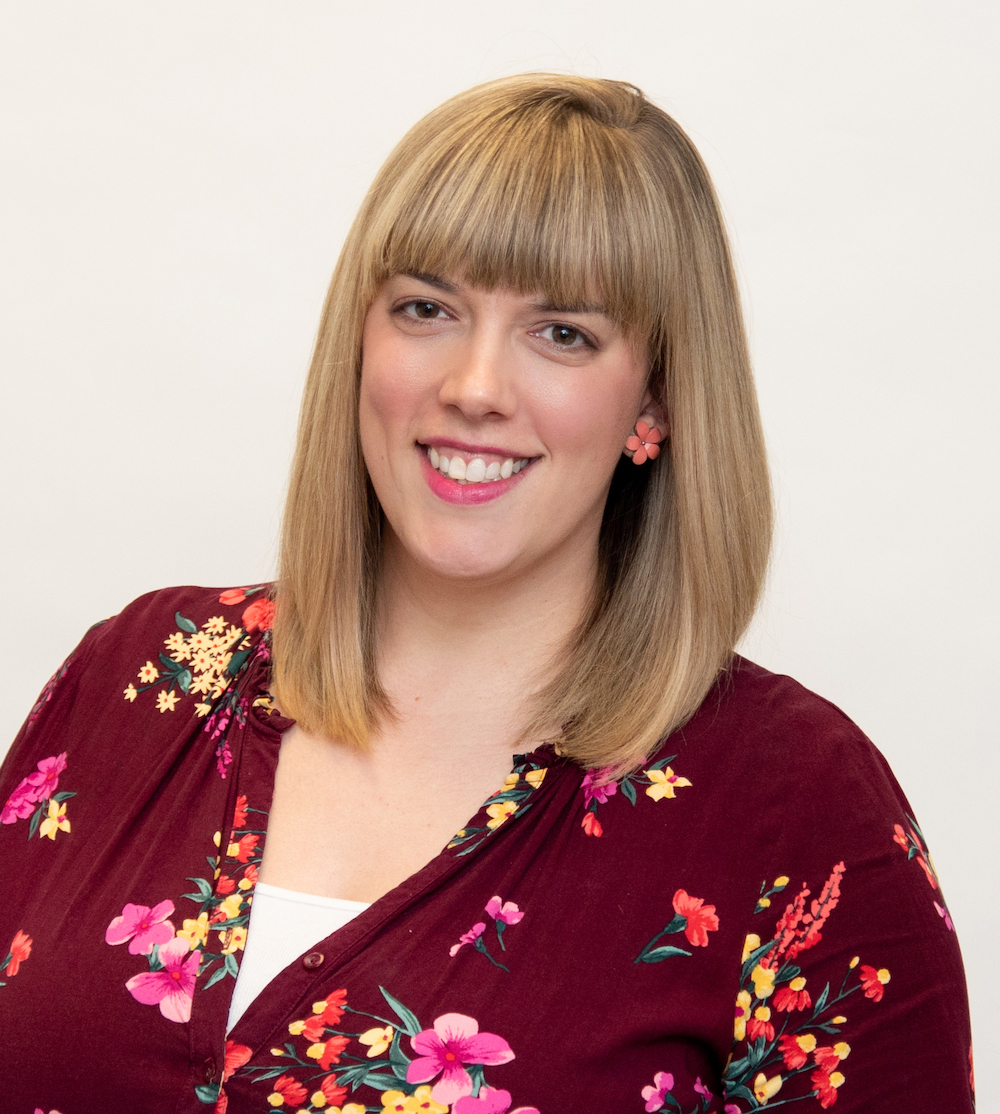